The good, the bad and the naked

There have been some ups and downs recently, which is to be expected of an undertaking of this size. On the plus side there has been good progress in certain areas; refurbished parts have returned to the bus awaiting refitting - the upper saloon has been considerably stripped, revealing the extent of work necessary and panels and many windows removed. Some of the advice that was received was not to be tempted to strip it all down, just work on one part at a time. I started off following this advice, but circumstances determined that I ended up having to do the opposite. I have some sources for parts that may not be around forever, so I need to make the most of those and in order to do so, requires stripping everything back (I was finding that I was purchasing items that I didn't actually need when it came to properly reviewing the existing ones). I also need to determine a plan for refurbishing window pans - most of mine need work and I have acquired a lot of donor window pans, but I still don't know if I have enough or if I now have too many. The refurbishment of these is cut and shut - cut out the bad sections of existing pans and use a donor to make good. This cannot be fully assessed until the windows are removed from the bus for inspection. This is coupled with the need to get on with the new risers and removing as much from the bus as possible reduces the weight, thus reducing the risk of things going wrong when the risers are replaced. 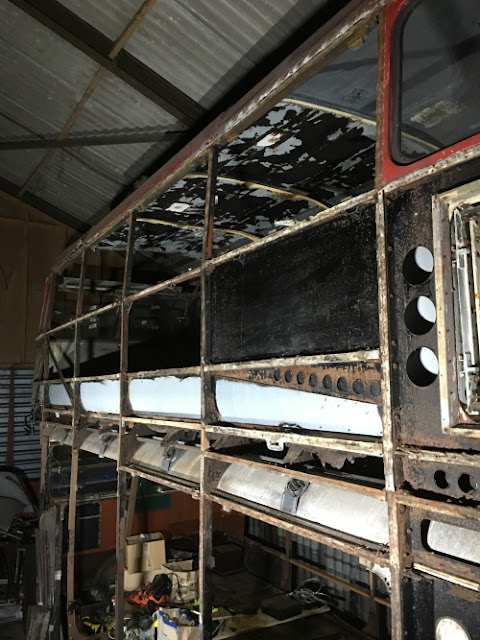 I have a bit of a hard-on for getting the risers done now. I have had them for quite some time and was led to believe that I would be getting assistance to fit them, but it now transpires that is never going to happen. This mammoth task falls back solely on myself to do, which has been a scary thought given my lack of experience with such things. Most people start with something small and easy to do like a car restoration and maybe never progress much beyond some simple car bodywork. I've opted to jump in at the deep end and replace major load bearing parts that sit beneath 5 tons of double decker bus bodywork. Furthermore, there are no instructions or You Tube videos on how to do it. I know what I am trying to achieve but it is far from an easy task. The rear of the body needs to be lifted off the risers so that they can be removed and the new ones fitted between it and the chassis. I need to achieve this without distorting or (worse still) dropping the body. If the latter happens, it's probably game over and I suspect it will be a case of scrapping the bus, having it towed away unceremoniously. I can see why nobody wants to help. But I jumped in with both feet to this restoration so will give it my best shot. 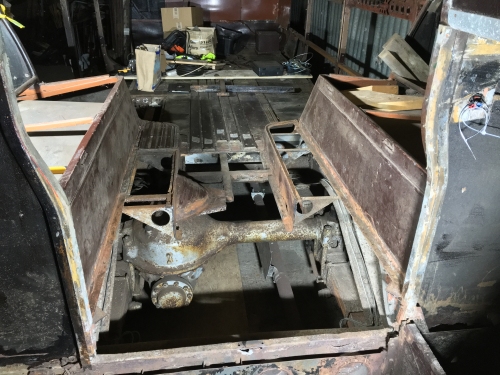 When risers were replaced by London Transport, they lifted the body off the chassis to do so. They had cranes and they had jigs that cradled the body and could tilt or turn it so that it could be worked on. They also didn't have 50 years worth of corrosion to deal with. I don't have those luxuries or benefits, so the plan I have devised is as follows:

That is a simplistic plan of how to perform the work. The amount of effort to achieve it is considerable, but I am now progressing it to the key stages of riser removal and fitting. The next restoration updates are either going to be filled with delight regarding overcoming this huge milestone or will be a sad end to disastrous undertaking and the doubters will be able to say "I told you I was going to end up saying 'I told you so'" 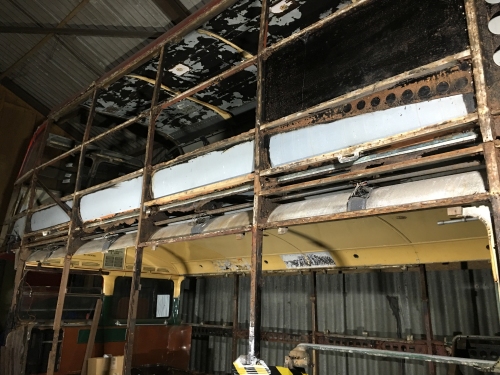 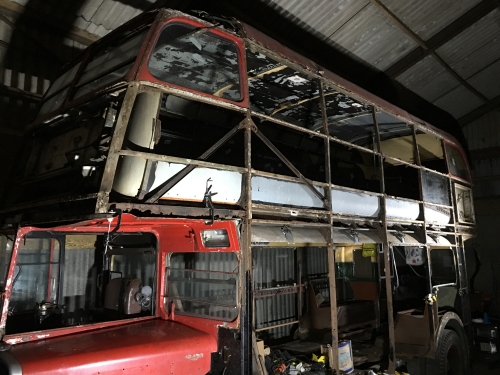 And a bit more (bus lifted to start riser work)... 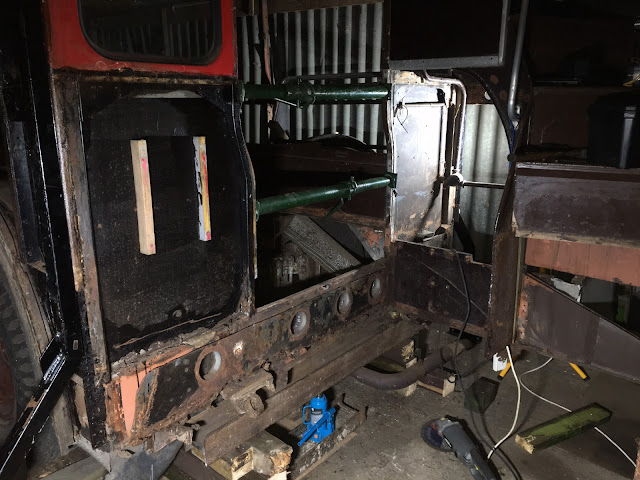