February made me shiver

A reminder of what the bus looked like before restoration commenced: 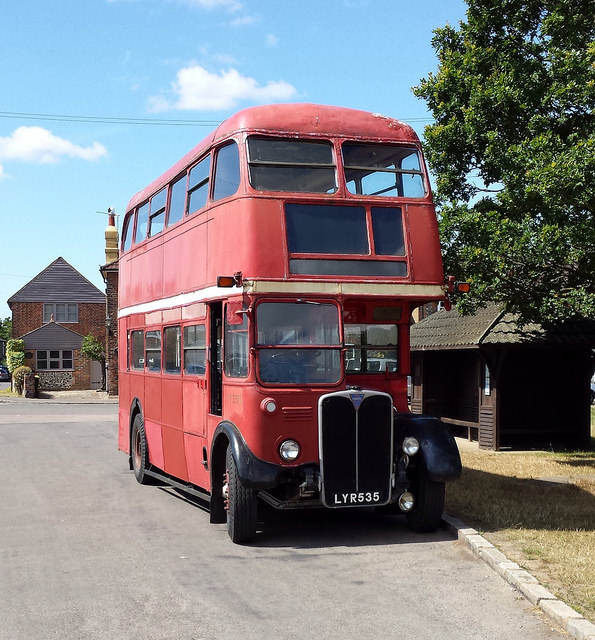 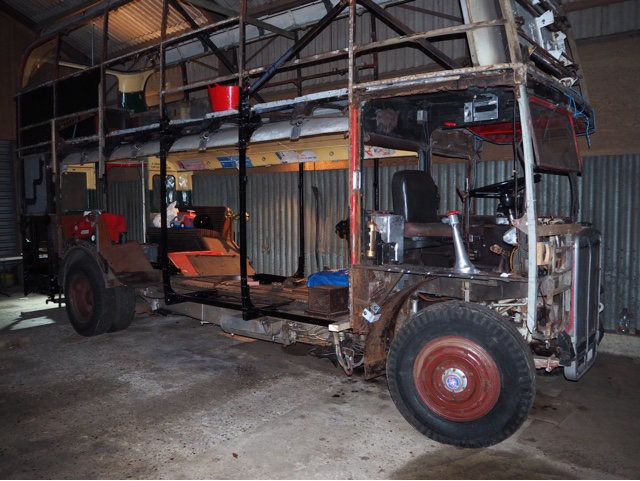 Many bus owners (not just RT owners) use their vehicles throughout the warmer months of the year (April through to September) and consequently plan any necessary work outside of that period. However, the colder months are not conducive to working on the bodywork of old buses. The same applies to restoration work. The days are shorter, I tends to be damp and cold and a barn or large outbuilding without heating is not a great place to spend many hours out of season.

I have persevered whenever it has been reasonable to do so, wearing layers of clothing and keeping busy and active. This can be maintained for three or four hours at a time, which fits well after working a full day. The problem that I have had though is that the rust treatment and paint that I have to use are not suited to the cold temperatures. The rust treatment simply won't cure below 5 degrees Celsius and will just stay wet. The bitumen paint drying and curing times can be counted in days rather than hours. As such, it breaks the rhythm of working on things requiring you to move on to something else instead. This has been more apparent this Winter than last as I am keen to accelerate the restoration and I am putting things onto the bus, whereas last Winter was a case of taking things off of it. That's not to say that everything that is to be removed has yet been removed, but it is most definitely a different stage.

To outside observers it might appear that little has been done. However, I am aware of the importance of what has been achieved and how much it means towards completion. It has mostly followed the plan that I had created to tackle this massive restoration undertaking:

There is still a lot to do:

The bits that I have worked on recently are the pillars (4 pillars needed some welding work and thorough refurbishment), I finished off the wood at the rear of the bus (absence of drawings for this area made it difficult and I was unhappy with my first attempt - I am completely satisfied now), reinstated steps for the staircase (and significantly reinforced the supports), fitted some floor channels and most recently worked on the panel on the offside immediately behind the cab (with step insert). This panel was badly corroded.

On refitting each pillar, the inter-deck repair plates that I had made were used and they exposed the fact that the upper deck had dropped by 1 to 2 inches. Because of the way that I have gone about this, it was easy enough to jack the upper saloon section up and fit the brackets in place, which will keep it in place with the help of some included 40mm square box section bolted in vertically. The bus would have to stand in sub-optimal conditions for 100 years for these to collapse again, whilst I have been mindful not to introduce rigidity that would stress the body elsewhere.

Some pictures are included that show some of these steps mentioned.

I have also rekindled my relationship with LT Museum, who have once again kindly granted me access to their RT diagrams and drawings. I photographed another thousand and have maybe two thousand more to capture. I have noted that I have obtained copies of some drawings that I know that I need. 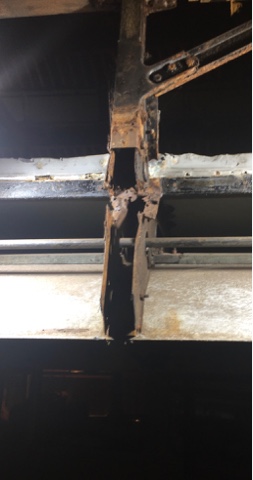 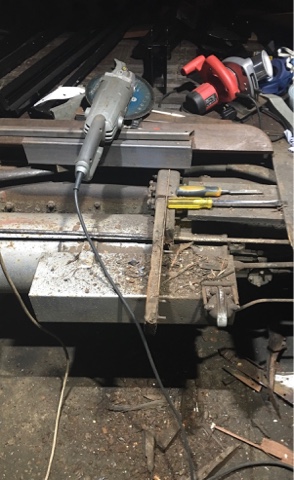 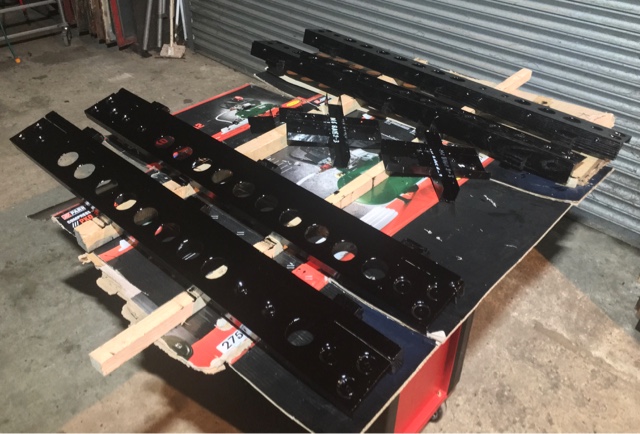 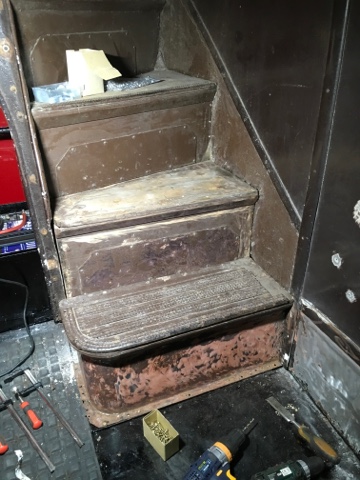 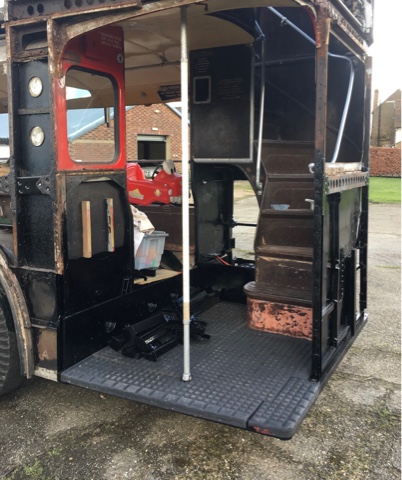 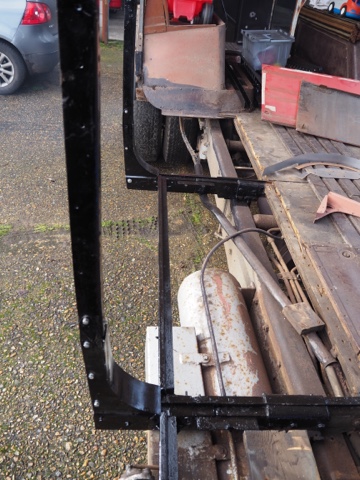 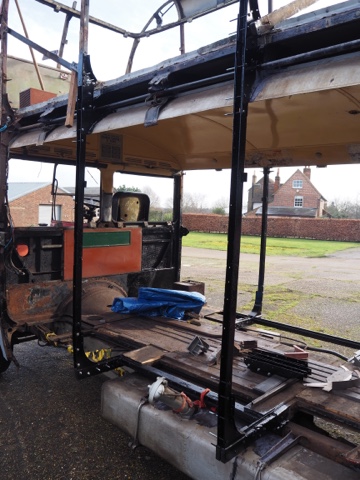 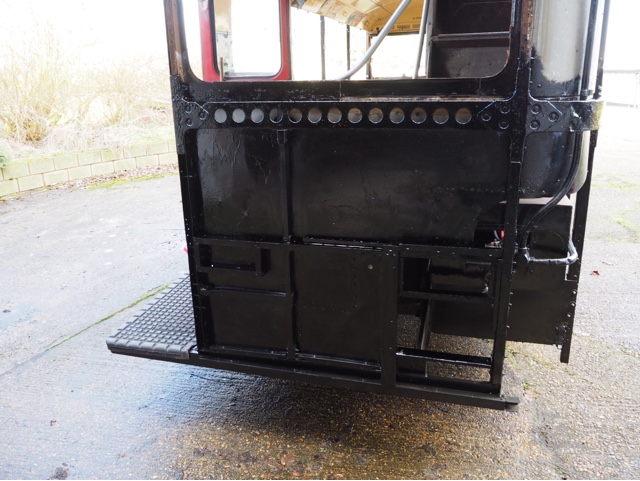 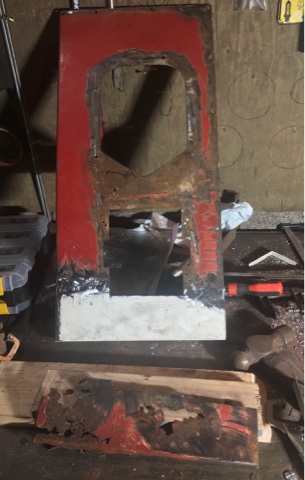 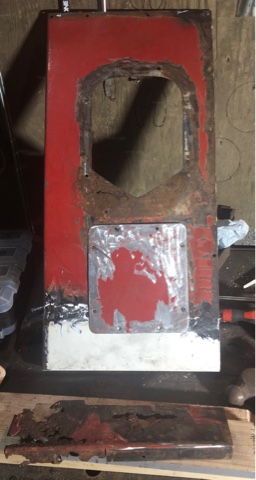