It’s been a long time coming, but the weather is changing (for the better in bus restoration terms). With the IOS Blogger app being ditched, updates to the restoration have been published on the bus Facebook page in the first instance, as it is more convenient (https://facebook.com/rt3316page) and copied to the blog as time permits. Personally I think they are very short-sighted; perhaps the commercials simply don’t add up and they feel that blogs are a thing of the past. I disagree, as I consider Social Media to be a topical delivery method as people generally don’t look at historical posts, so I will maintain the blog (http://blog.rt3316.com) as a record of the restoration (planned to be kept long term). 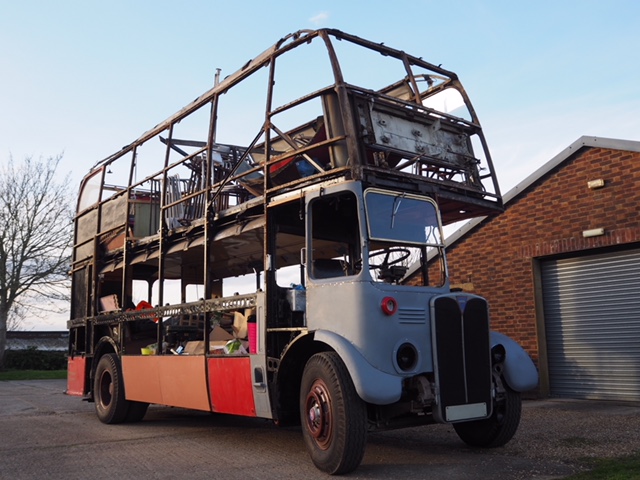 The last time I wrote, I was moving on from the offside bay 3 to the offside rear wheel arch, full of confidence that it would be a walk in the park. Yeah, well it was a walk through brambles and nettles if I’m to use that analogy. What a pig it has been. I had based my expectations on the pieces of wood that I prepared for the nearside wheel arch (but have not yet fitted). Just as I thought that I had it all right, I used a mallet to tap a tight fitting piece of wood into place and there was a cracking sound – the sound of a piece snapping off the end. These pieces of wood are curved sections, which are not easy to make (especially when you have the most useless bandsaw in the world). They result in a lot of wastage. After creating a new substitute, I then found that I wasn’t happy with another bit (or the gap at the end of it - I am extremely fussy), so that meant making a replacement for that too.


Once finally done, the whole lot had to be dismantled again for treating two sides, waiting until dry and then treating the remaining faces. It is a delight to assemble for the final time and my expectations for the nearside rear wheel arch have been realigned. 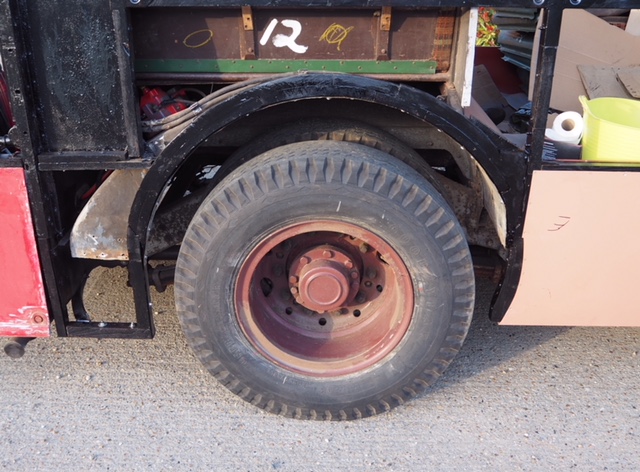 All of this is extremely time consuming. On Sunday I went along to the Spring Gathering at Brooklands but barely stayed for a couple of hours, heading straight to the bus to put in another seven hours of hard slog. The photos I took precede some tidying up, so that I can be organized for the next battle. I aim to increase the time and effort in order to make some advances and with milder weather and longer days, should hopefully catch up on the backlog caused by Winter. Check back soon for the next update. 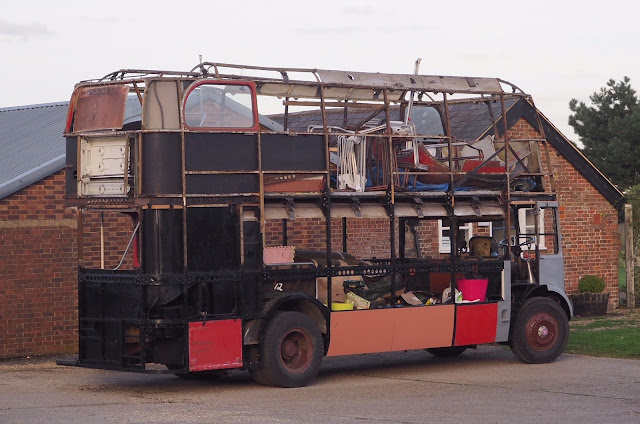 Oh yes, I nearly forgot. I added the eyes! 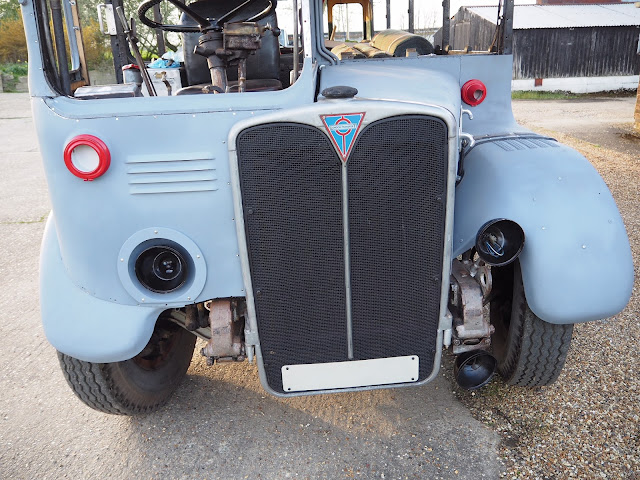 I am absolutely not bothered about the shops being closed for a day or chocolate eggs that don’t even contain a glass and a half of milk any more. I spent the day working on the bus. It was colder than I thought it was going to be, but it was just my fingers that were getting a little chilly from time to time. Nothing that wrapping them around a nice cup of tea couldn’t fix. Speaking of fixing, today’s agenda included completing the rear offside corner, up to the cant rail at least. It is quite a milestone, as I’ve essentially completed a full circuit of the bus up to at least about the height of the bonnet.

London Transport opted to make the rear corner somewhat flexible due to frequent dings and dents, with the lower rear corner panel being replaced by a rubber panel. The bus was purchased with a rubber panel here and It looked awful, so I vowed to revert to a regular panel after restoration. The bus is not going to be shunted around in bus garages such that the corner is going to get dented and if someone rear ends it, I have more to worry about than some broken wood. 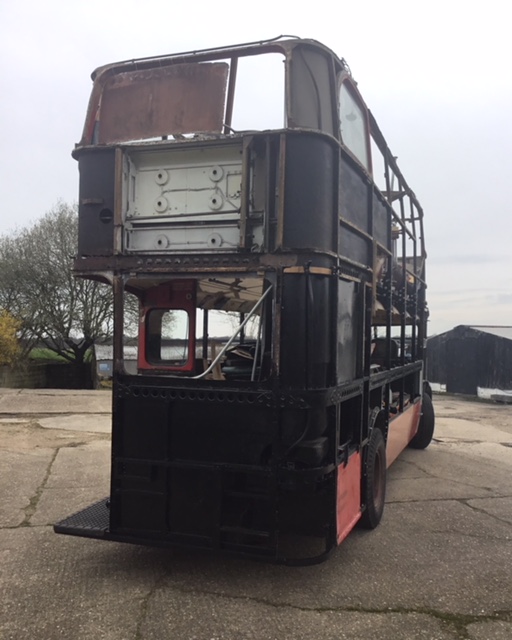 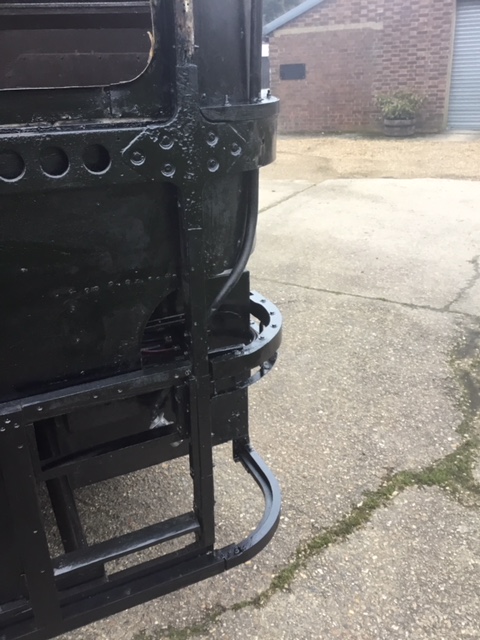 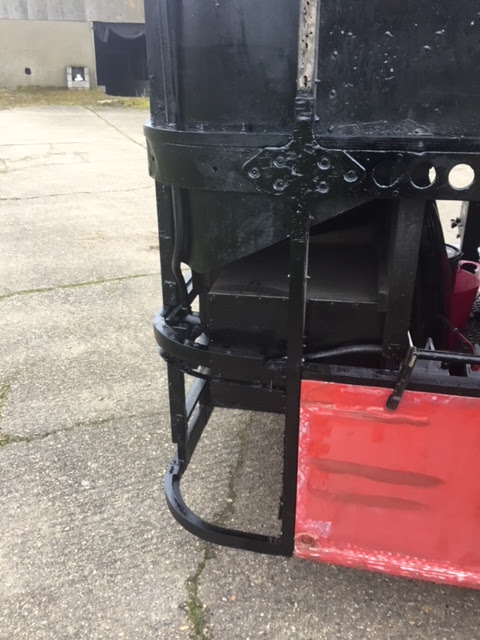 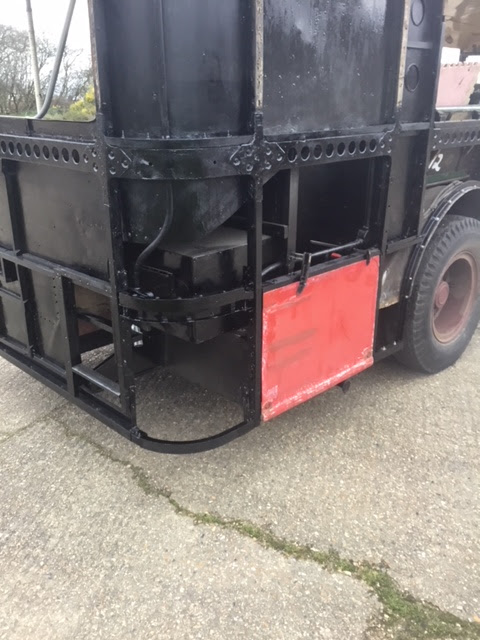 At the bottom of the body for the rear corner, I was able to source an original part, similarly for above the waist rail. I made up the other two pieces that I needed, which have to cater for the taper in at the back end of the bus - in case anyone didn’t realize, the width at the very back of the bus is less than the main width along the length of the vehicle.

Mid way between the base and the waist rail presented me with a challenge. Wood is needed here to fix the panel and trim to, but I wanted a bit more strength and support, so I had some steel laser cut to the appropriate shape and created a metal corner section to fix the wood to. Two of these steel corners were welded together, but spaced apart by 43mm. It sounds very precise, but in actual fact, that was just the distance that I ended up with after using the brackets I had to space the bits apart! These have been bolstered by some spacer bolts too - nothing in half measures. The section is rock solid, but without adding unacceptable weight to the area. The metal parts have been rust treated (which primes them to resist corrosion) and everything was finally all bolted together and treated to combat moisture and rot.

It probably doesn’t look like much, but it means a lot to me. The rear corner has just been a vacant space for an extremely long time. It’s done now - on to the next bit, which is finishing off the timber for the rear wheel hoops - something I consider quite easy in comparison. 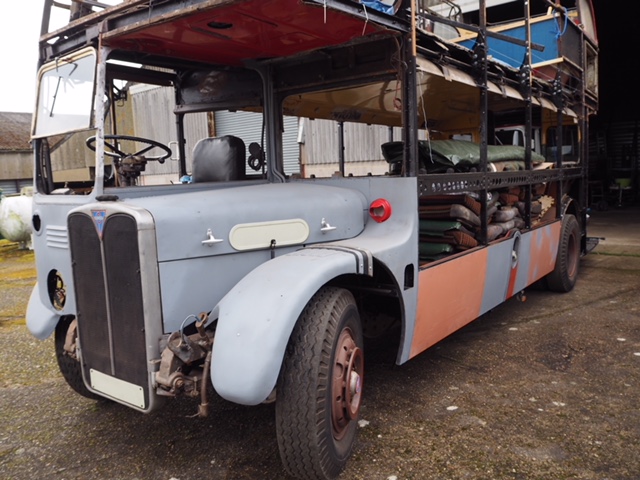 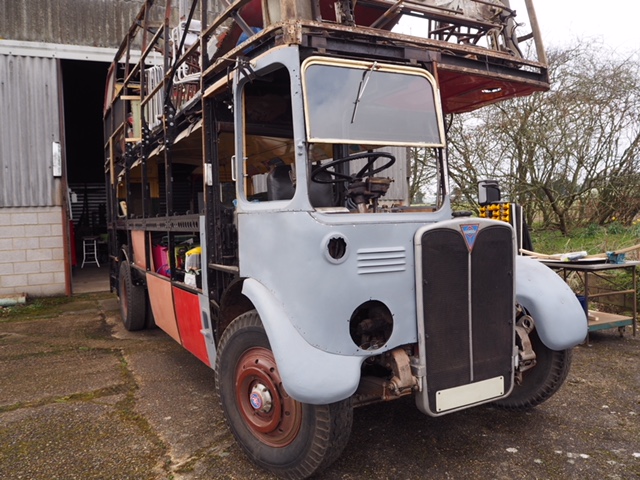 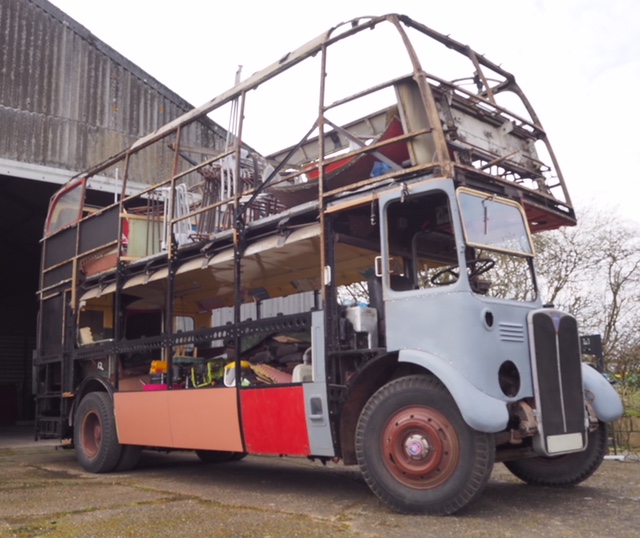