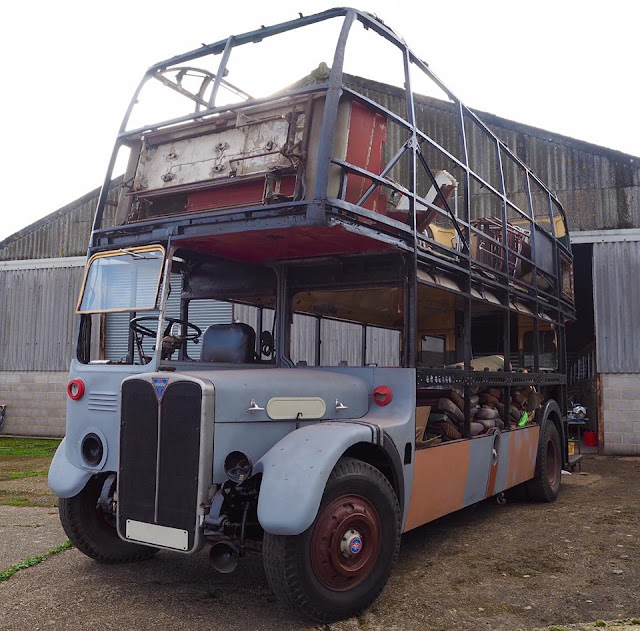 Unseasonably mild temperatures have allowed for more progress than I could normally hope for. However, I had said at one point that the off side upper saloon would be less corroded and easier to do, retracted it when I took a closer look and have still paid the price for my original flippancy. The channels beneath the upper saloon windows in bays 2, 3 and 4 were very badly rusted. Each had to have repairs and one was a major operation. The timber varied from crumbling to black dust to simply removing, extracting rusty screws and turning around. I used more wood filler on this side than anywhere else on the bus. But it was always going to get done and ‘got done’ it has. It took four weeks including a short interlude - by my calculations that equated to 60 hours of work.


I do like a bit of black - in this case black bitumen paint, to combat moisture and the resulting rust and rot that go with it (cannot get The Rolling Stones, Paint it black out of my head now). All the metal received rust inhibitor, for which the mild weather has been also received gratefully.
The near side of the bus has remained unchanged through this period.
In addition to all of the off side upper saloon framework, I carried out some modifications to my cherry picker. Using spare capacity on a pulley system that is on it, I cabled it up to provide mains power in the cradle. No more dragging extension leads up four metres high; the new wiring allows me to move the cherry picker around easier and go up and down with no hassle or trip hazards.
The valance panel in bay 2 that covers the lubrication system got sanded down and primed. As has the battery compartment cover - although that one needed some panel beating and filler. The timber that cover hangs from has been replaced by a more substantial piece and some tidying of the battery compartment has also been undertaken. 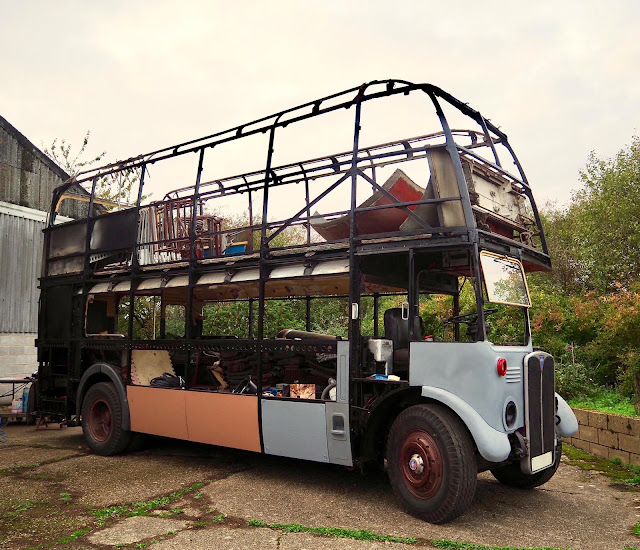 The back of the bus is the next area that will receive my attention, in particular the emergency window area. The bus is still a skeleton and there is still a lot to do, but I soldier on, sometimes until very late at night.